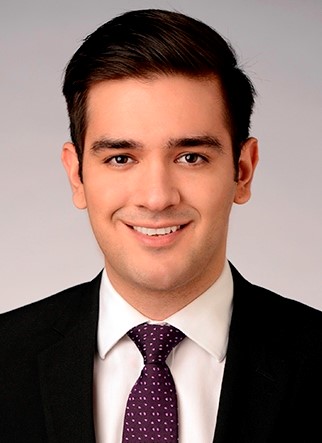 Massoud was born in Gainesville, Florida, and grew up in Iran as part of a large, close-knit family.  He returned to the United States at the age of 16 and earned a Bachelor of Science Degree in Microbiology and Cell Science at the University of Florida in 2014.  During medical school at the University of Pittsburgh, Massoud assumed leadership roles through the School of Medicine Student Executive Council, on which he currently serves as President, and as a Membership and Recruitment Committee member for the American Medical Association Medical Student Section. He completed several research projects and co-authored an article entitled “Polycystic ovary syndrome in adolescents” published in the journal Best Practices & Clinical Obstetrics & Gynaecology. Massoud enjoys diverse activities such as exploring new restaurants, playing sports (including volleyball, soccer, and ping pong) and watching sporting events.