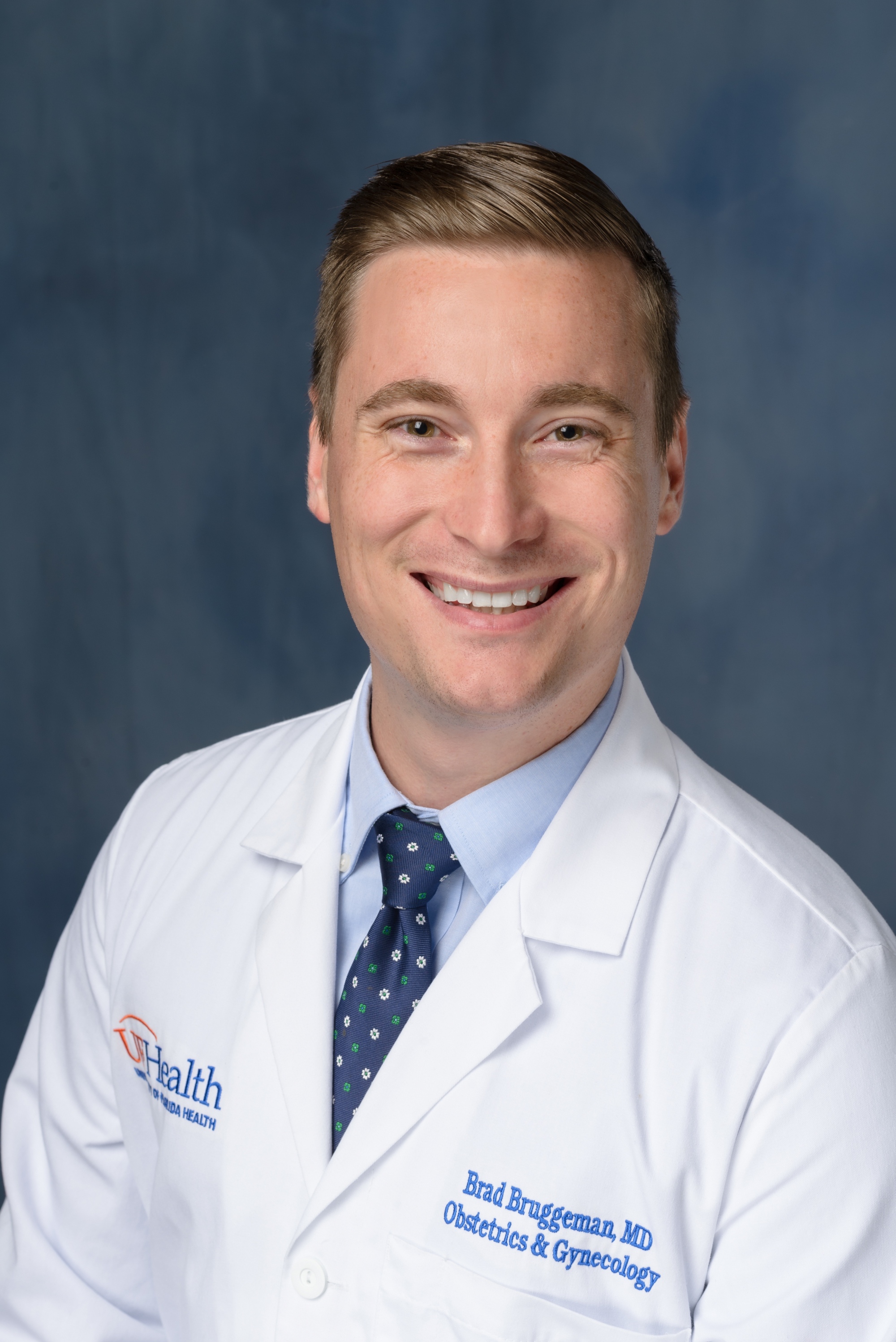 Dr. Bruggeman’s primary academic and research focus is in medical education. As a resident he was recognized for his dedication to medical student education on multiple occasions, being awarded UF’s Society of Teaching Scholars Outstanding Resident Teacher Award, the department’s Resident Educator of the Year Award, and four Golden Apple teaching awards. He was inducted to the Alpha Omega Alpha medical honor society largely in recognition of his commitment to education, and in his final year of residency, he served as educational chief resident. He has presented his research on the medical student OBGYN clerkship at the national level.