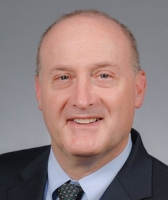 Dr. Egerman is clinically active as a perinatologist and as an internist. Dr. Egerman is board-certified in Obstetrics and Gynecology, Maternal-Fetal Medicine, and Internal Medicine. He has a long standing interest in medical complications of pregnancy as well as fetal sonography. He has authored several peer-review articles and text book chapters and as a co-investigator, has received funding from the NIH as well as the CDC. He is as a peer reviewer for scientific journals in the field of obstetrics and gynecology. His outside interests include non-profit work for medically and non- medically related charities, animal advocacy, golf and kayaking.